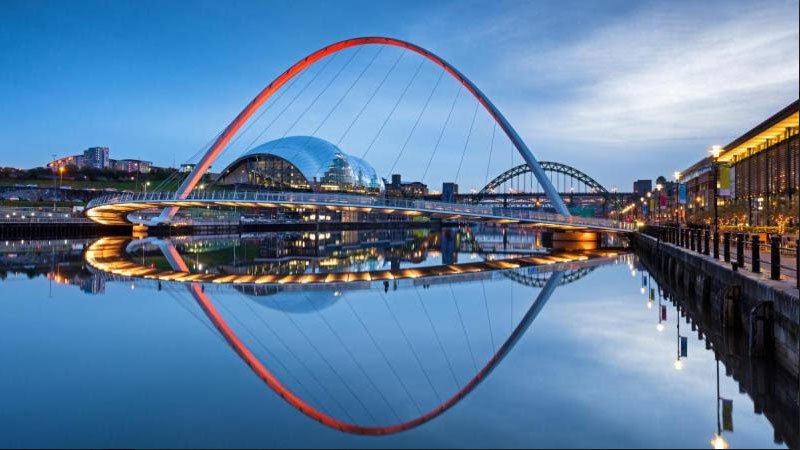 Adam Jacobs has been “getting a ribbing” from his family about being described as a rising star at the age of 51.

“It makes me think of an 18-year-old who invented a tech platform in his bedroom and sold it for £1 billion six months later,” he said. His company, Bloom Procurement, was set up ten years ago to make public sector procurement faster, cheaper and more effective. “That’s not something that can happen overnight,” he said.

Bloom is an online marketplace that connects potential suppliers, including a large number of SMEs, with central and local government organisations seeking professional services, including child protection, police recruitment and housing development projects. The Gateshead-based company had gross revenue of £224 million in its last financial year and will grow by more than 20 per cent this year. Bloom also aims to have 100 staff by the end of the year.

After years working in the public sector as a management consultant with PwC, Jacobs was convinced that the way the public sector puts out bids for contracts was completely wrong. “I’ve never seen a greater demand for transformation as now, between Covid recovery, Brexit, pressure on the NHS, housing, greater demands on the military and an ageing population,” he said. Government procurement, however, was “hidebound by expensive bureaucratic processes and people forget what they’re trying to achieve. If you can’t articulate that, you can’t procure anything successfully.”

The many cases of the government buying PPE that was not fit for purpose during the pandemic are a prime example, Jacobs said. “The required outcome of those contracts should have been ‘keeping people safe’ not ‘delivering a certain amount of PPE’. If you don’t meet that outcome as a supplier, you don’t get paid.”

Bloom manages its contracts, as well as matching approved suppliers with contracts via its platform. The aim is to broaden the pool of companies that government agencies work with (84 per cent of the contracts Bloom works on go to SMEs, said Jacobs), and to help smaller companies get past the obstacles of long, complex government bid processes. Milestones are set for the duration of a contract, ensuring a full audit trail and also generating valuable data on how long certain elements of projects take and how much they cost. This information can be used to inform future contracts.

Bloom estimates that government bodies save an average of 14 per cent by using its service and that the time taken to award contracts can be cut from months to days. The company has government approval to assess and accredit suppliers that register on the platform. Once registered, they are approved to work with any public sector organisation rather than having to go through the same approval process on every contract.

Bloom sold a minority stake for £14 million to the private equity investor BGF in 2021, the company’s first external investment.

“The chief objective was to scale up and accelerate growth,” Jacobs said. He sees potential for the company’s marketplace and services in certain parts of the private sector and has also been approached by governments in other countries. Bloom is looking at these options but added: “There is still a massive amount of work for us to do in this country.”

© The Times 2022
Read this article in full on The Times Enterprise Network.